When I was young, I was often the sober person, the designated driver. This is because I am a control freak and I hate depending on other people for transportation, because when I’m done, I’m done. Also I despise drinking and driving.

One night, I had some friends and my ex-boyfriend over for dinner. I know you probably don’t spend time with your exes, but I did. The wife of this particular ex was out of town and he was open to the idea of dinner with us.
(Wives, always assume when you go out of town, your husband is dining with his ex-girlfriend and two even prettier women. In fact, presume he calls his ex every time you’re gone, because she’s fun and he likes to feel naughty, even if nothin sexy is goin on.)

That night, I insulted my ex-boyfriend so badly, that even the people who usually support my rants gasped and shamed me.
I said to my friend, “Oh I know, you can’t imagine us as a couple, you don’t know how we ever dated, because we’re so different, yadda yadda yadda, and you think that makes him all the more intriguing, but really, he’s boring. It was the most boring relationship that ever there was. Once you really get to know him, he’s even more boring than you thought.”

I know.
And honestly, I think he was the least surprised to hear it. He just rolled his eyes, pursed his lips, and sighed, as if he expected it.

Don’t feel badly for him. Once my friends got to know him, they agreed. In fact, I think they would say much worse things about him.

I also put Drew’s red sweater in the washing machine that night, because I got marinara on it. Drew’s red sweater had been a beautiful, soft, almost knee-length sweater. Drunk bitches do not read care labels. It became a scratchy, waist-length sweater. Due to her loving and generous nature, she thought I should keep it. I like to think it was good for skiing, if by skiing you mean trying it on and finding out you DO have breasts. 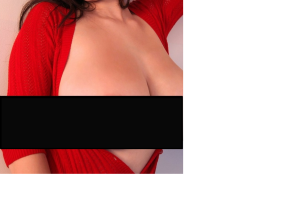 I don’t remember any more of the details about what else I did or said, (it was a lot of Merlot) but somehow, my guests determined it was unwise to leave me alone for the sake of my own safety. They began discussing possible options like I wasn’t even there!

“I can’t stay here and she can’t go home with me. I mean, think about my wife!”
“I obviously can’t keep her quiet, and my mother will have a cow!”
“I guess I could take her, but could you come pick her up in the morning?”

“You’re smashed. We can’t leave you here.”
“God only knows what you’ll do.”

I protested! What on earth could they have possibly thought I’d do? I do recall having my hands on my hips and yelling at them all that I was perfectly fine, and I did not need a babysitter!

Unfortunately, my temper tantrum only seemed to illustrate the validity of their opinions.

We had a fire going, and I had to put that out before we left.
So…I took the stock pot full of pasta water and threw it into the fireplace.

It sizzled and fizzled out.

I don’t know what they expected me to do. *shrugs*