My Kids Are Back

I thought I’d let you know that there was a better disposition hiding in my shampoo bottle and that I did end up having a great day and a fantastic night.

The Mister decided to drive us to the shopping, and while we were in the hell that is a superstore on the Saturday after Thanksgiving, he washed my car. We bought the twins a sketch pad and twisted pencils, a plush dog (that I wanted for myself) and some Tootsie Rolls (that I also wanted for myself.) Yes, obviously that child and I are kindred spirits.
Said child has drawn this for me, for my birthday.

Also, I bought cordial cherries, and a pretty new ornament for myself, because I love me. 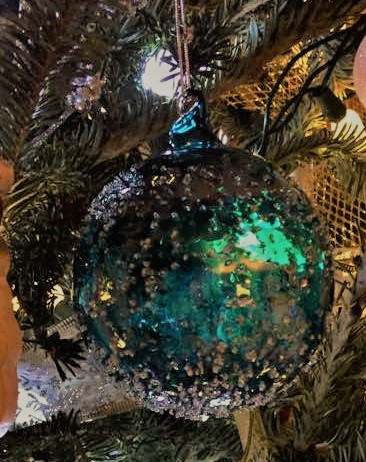 I hadn’t thought things through well enough, that’s fersure. When your children go to a sleepover, you are childless all night, DUH.

The Mister offered to take me for a mani/pedi, which normally I would be all about, but my cuticles are all ashamed with the scabs of anxiety disorder. Don’t tell my mother.
I coulda gone for the pedi, but alas, I had skinny jeans on.

I’ve been under the weather for about three weeks now. That stupid flu with its lingering cough. While I’m getting better, still not well, just so tired all the time. Being tired all the time and then doing stuff that would normally make me tired is super duper tiring and that makes me freak out about my health and that puts me in a panic loop, and I don’t need more stuff in my loop, because this cough is brutal enough to cause momentary vision disturbances, and I think we can all agree, coughing like that when you’re tryin to drive is panic-worthy even if you’re not a member of The Official League of Neurotics.
I am the forty-three-year-old poster girl.

The Mister took me to that yummy Turkish place I love and we enjoyed a delicious meal with a deeply satisfying conversation. I really needed that conversation with my person. I needed it like…

You know what’s fantastic about the Turkish place? Okay, freakin everything. But there are not a lot of places where I can pig out on vegetarian noms while The Mister shoves lamb in his mouth. 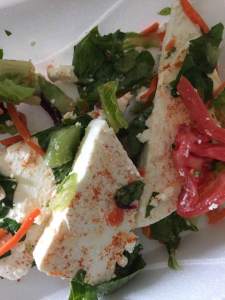 He took the long way home because he loves me.

Then The Mister took me to pick out my tree, which is how I spent much of the evening, decorating my house and my tree in peace. Well, with Yo-Yo Ma, because I just learned from Laura that there’s music in my Amazon Prime tv thingy.

I know, you’re like “Lame,” cause you think this is a dull way to spend a Saturday night birthday without children, cause you’d rather party with your friends or whatever, but trust me, it was perfect.

My birthday is always wrapped up in the holiday, so it’s never a big deal. Now and again, I’ll see what friends are doing for other friends’ birthdays and I’ll think, why doesn’t anyone… and then I remember, oh yeah, cause you’d hate that.
I have no #squadgoals. I have no squad.
I like one-on-one. Y’all wanna come over individually and play me some Scrabble or read some poetry or lie in a dark room and listen to music, that’s groovy. Group-wise, I miss Red Rover. Adulthood could really benefit from frequent games of Red Rover.

While I enjoyed my decorating, The Mister talked trash about college football with our friend Dee. Apparently Auburn played Alabama and The Mister said that’s The Inbred Bowl and then, “No self-respecting channel would show this game this far above the Mason-Dixon Line. Low Tide!” I’m not sayin he felt guilty after, but we did drive into Roundabout Land to take Dee some plumber’s tape at like 9pm.
Along the way, we yelled at GPS Voice and got Starbucks, so even though it doesn’t read like fun, it was.

I did the social media thing while The Mister watched Batman vs. Superman — I dunno, all I saw was Amy Adams in the tub, Lex Luthor grew his hair out, and then like an hour later there was a giant monster, so I can’t say if it was any good. Those cherry cordials were spectacular, though.

And then, we did the stuff you’d expect us to do, which always begs the question WHY DO WE EVEN DO OTHER THINGS?

49 Responses to My Kids Are Back