Today I bring you some doors from Ft. Benjamin Harrison. Truth told, I bring you a lot of photos from the fort, because it’s the closest historical area.

I tried to glean some information on these buildings, but I really didn’t have the proper resources.

I called my FIL, but he was in a poor cell reception area. My MIL text me that Ft. Ben was a training area during WWII. That’s nice, but I already knew that. I was not around during World War II, you understand, but I have lived here a long time.

I considered asking my neighbor Jim about the buildings, but we don’t have the kind of rapport that makes me feel like it’s okay to swoop in on a random evening and pick his brain about 1945 or whatever. Even with a plate of brownies in hand, I just think that’s gauche. 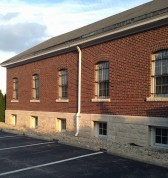 Moo and I thought they might be train…depots? stations? platforms? Despite our combined Thomas the Tank Engine exposure, we really don’t know a lot about trains. Something about how raised they are, something about their length made us feel train-ish.

I even tried to find an old railroad map to see if the tracks that still exist link up with this area, but that was a mind-boggling task. You know, if Google Earth had always been available…

The Mister said that in terms of other bases, the military tended to use these types of buildings for storing supplies. I wanted to ask him what kind of supplies, but I was afraid he might tell me. (If you don’t know him, that’s probably funny.)

The internet wasn’t all that much help. When I looked it up, I did get a hit on this Flickr page and said, “OOH!” At least one of these was a quartermaster’s building, which solidified The Mister’s theory.

Thanks to that Flickr page, I was able to determine THIS was the interurban station for Ft. Ben.

And I mean to tell you, with some good fortune, I already had a photo of it in its current state.

Isn’t that convenient? I was so pleased.

Anyway, here are some interesting views of that general area, including some doors, because that’s how we do Thursdays. 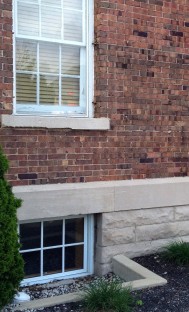 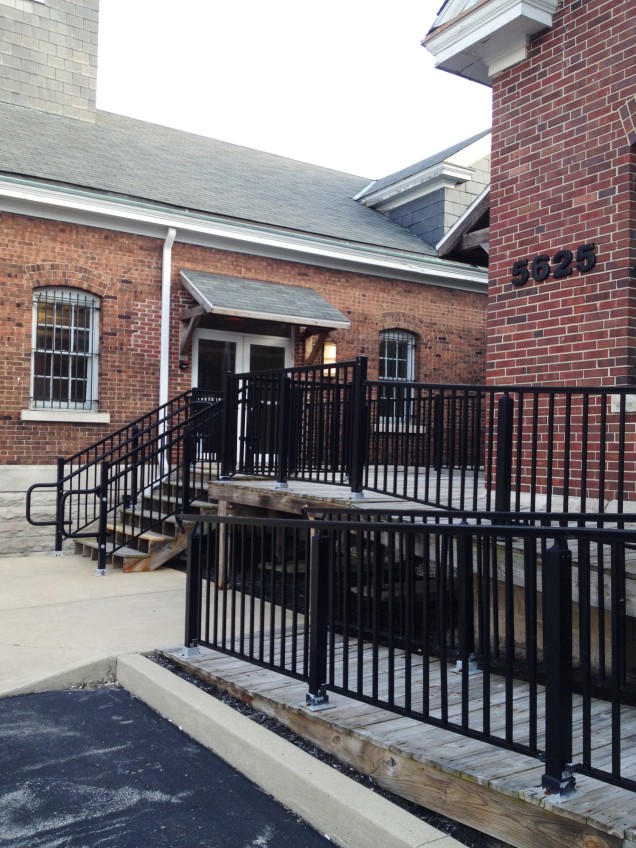 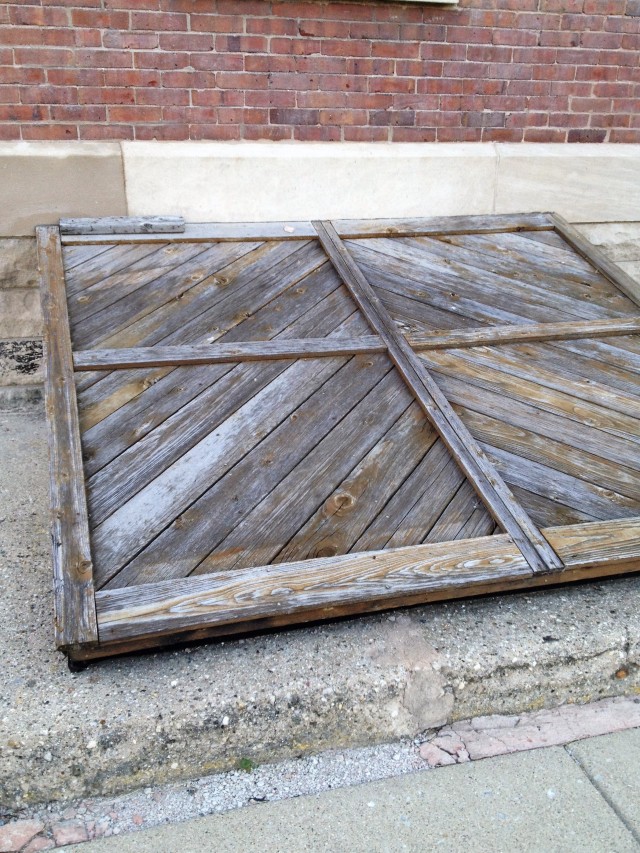 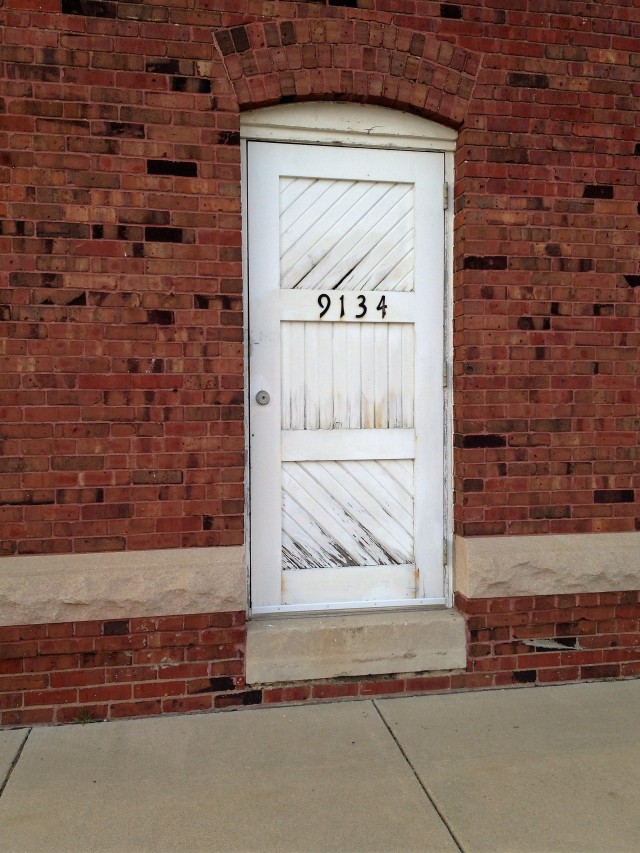