I’ll tell you Sup. My happiness!

You see, after the weird post-holiday Thurmonday, I got moody — moodier. It rained all day on that Thurmonday and while I love rain, it thundered in my hands and arms and I didn’t love that. Barometric pressure done fell out, I reckon.

Friday I woke up to a bright blue sky and no more thunderbones, so initially I was happy. I don’t know where my happy went, back to Taken For Granted Land, I guess, because it slowly faded without any knowable reason. I had this sorta dread feeling from nowhere. Maybe too much coffee? The only thing I could think of was that I had things to do after work and I don’t usually do that on Friday, but y’all, the things were happy things! Pick up dry cleaning, pick up pizza, go see Marian — Why on earth would any of that bring me down? Silly. No reason for mood. Bleh.

I left work, I picked up the stuff, went home, ate a slice of pizza, put on my BatCat tee and some sneakers, and went off to see Marian. Oh, right, I stopped for a double-double. Oh woe is me.

I walked into the con, and there was Marian, and Amazing, her daughter is Amazing, and I was happy and glad I was finally there, and I thought, well this is grand, maybe my mood was impatience?

Then Marian said I had to see a fing, so she led me and led me and

HOLY HAPPENSTANCE, IT WAS THE BATMOBILE! 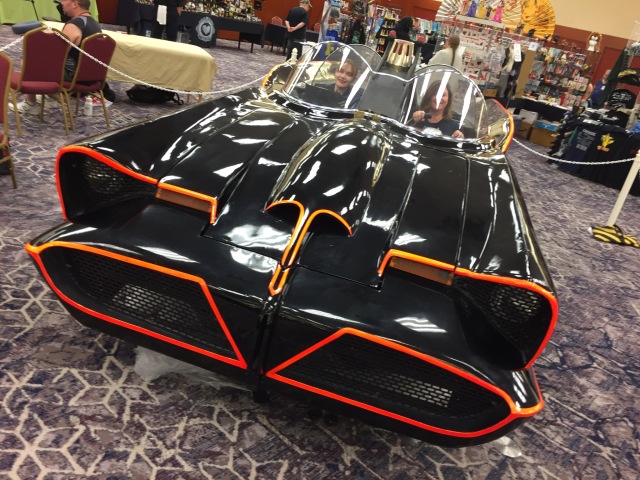 Yes, I like Batman. I love Batman. Given my propensity to grab the ass of the life-size Batman figure at Think Geek, I may have feelings for Batman. Maybe that’s more about Christian Bale.
Anyway, I don’t like talking about my love for Batman, because I don’t love all the comic things and I don’t wish to engage in conversations in which I compare and contrast Batman with other superdudes, but c’mon, there’s no one like Batman! 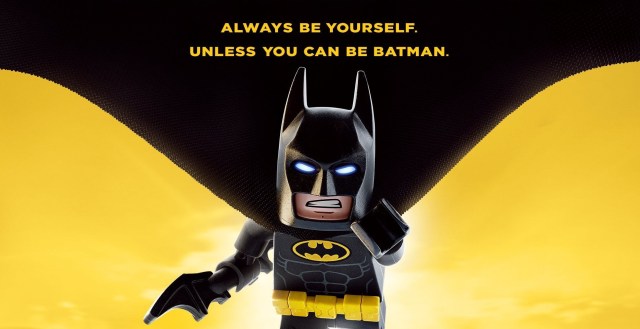 He doesn’t even have superpowers! He’s just awesome!

Like I said, I was wearin my BatCat tee-shirt and everything! And there was the Batmobile!

So I sat in the batmobile, giddy as all get out, and I used the batphone and the man who built the batmobile took my picture and YAY ME!

Then, after that, I went home and made a grocery list and I went to the goddamned grocery store where I RAN INTO ONE OF MY FAVORITE PEOPLE! We had a nice long chat right there in the aisle.

Well, I tell you Sup; You never know what kinda wonders could be comin after a Bleh day!