There’s No Snowstorm in my Garage

Our snowpocalypse hasn’t been all that eventful, but I’ll share the highlights.

I shoveled three times in six hours. Each time I went out to shovel, I could no longer see where I shoveled.
The Mister told me to stop.
And then he shoveled.
I dunno. Maybe he likes to shovel.

The Mister was sent home Sunday afternoon, and did not return until today.

The power flickered. It’s true. The internet went out, and the satellite dish went down, and the lights went off and on. It lasted about 3 seconds, and I shouted, “Noo!” which may be what prompted the electricity to resume.
More than thirty thousand people in central Indiana have been without power during the storm, so I really wish they’d been able to save their electricity by shouting Noo! as I had.

Moo packed a panic bag, in case we had to go to Mamaw’s for heat. It’s important to note that Moo’s panic bag contained merely toys and knee-high socks.

We got our van into our tiny garage!!! 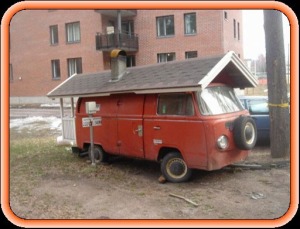 This was a real victory for me, even though I wasn’t the one who made the space, or drove it in there. In fact, it barely fits. I won’t be the person pulling it into or out of the garage, because I am not a professional parker. My husband can drive and park anything, perfectly.

About the garage, I’ve been a nagging wife, who off and on has said, “We can’t tell if it’s going to fit until we try.” There are endless containers in that garage; military kip, fabrics, summer clothes, lawn equipment…For a good four months, we didn’t know when recycling was, so we had oodles of recyclables in there. They may have had to send another truck just for us!

Around late September, I began the occasional nag of “Before the cold weather comes, we should move about half of this stuff to the shed.” Like, my stuff.
Then around the beginning of November, I heightened the nagging sensation by saying, “You’re going to spend all winter scraping, and then when spring comes, you’ll move those containers and find out you could have been parking in there the whole time.”
Wives love to say shit like that, because we enjoy doing I-told-ya-so dances afterward. I suspect this comes from years of unfulfilled chainsaw dreams or whatnot.

So yes, this was a victory for me, because The Mister had to stand before me and say the words, “You were right.” I asked our friends to send chocolate to help heal his ego. My friend Tracey said that men aren’t as good at eyeballing measurements, because six inches to a man is a lot different than six inches to a woman. Heh.

I do not recall it having been feels like -32 here, but I suppose it has. It’s cruel to a human face. Burning skin, stinging eyes, nose, teeth: too cold for me!

The snow fell to about a foot of accumulation, and it blew all night, so none of the shoveling mattered.
Having been away from snowstorms, I forgot that they can actually be a bit noisy. Clumps of snow split and fall. Branches and limbs fall.

I was awfully glad Mr. F trimmed that apple tree, because the branches on the red tree sure did hang low, almost like a willow, and the green apple tree branches would have been catastrophic without his help.

When we woke up Monday morning, Chubby Squirrel seemed to be frozen to the tree trunk. I threw out seeds, and I set out a laundry basket with blankets and more seed. I don’t know if he ever went in there, but I’ll find out when I bring it back in tomorrow. The girls say they have seen several squirrels come out of the basket. Chubby Squirrel has somewhat become my fourth pet, and I worried for him, so the basket made me feel better, at least.

We ran out of ice to make swate tay. Irony is when you’re out of ice during a snowstorm. Our next major purchase needs to be a new fridge, because the ice maker is broken on the one that came with the house. (Also, it’s one of those dreadful side-by-sides. We all hate it.)
I suggested The Mister go break some icicles off our neighbor’s house, but he declined. So, I set the pitcher in the snow. An hour later, it still wasn’t cold, so I think maybe our winter was broken between nine and ten last night…

I took lots of pictures of the snowy trees. Ooh, pretty trees!

And Chubby Squirrel with snow on his nose.

I’m off to peel potatoes to add to my pot roast, because snowstorms make perfect times to snuggle up in the afghan with a bowl of warm.

21 Responses to There’s No Snowstorm in my Garage