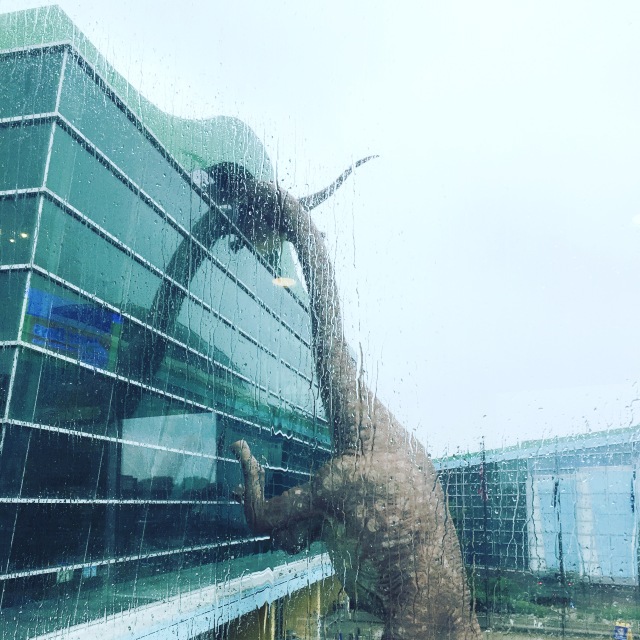 On our recent trip to the Children’s Museum of Indianapolis, I took many photos, some of which were door shots, and most of which were fun and/or silly.

We all have our favorite parts of the museum, and this trip was unfortunately lacking much of that for all of us. There’s less hands-on play in the children’s museum now, and none of us are happy about it. Sassy wanted her diggers even though she’s crazy tall for them, Moo wanted to sit on the crocodile and build a dam where she was finally tall enough to play at the water table with the big kids.

There were no diggers. There was no crocodile. There was a pre-built dam. It was fairly devastating. Also, no old cars, no old submarine, no longer an entire wing dedicated to science.

We were sorely disappointed. The Mister and I worse than the others, although we didn’t share that with them at the time, you know, being positive and enthusiastic and all that.

I don’t want to give you the impression that the museum is awful or anything. It’s not. We merely had expectations, which we all know to be dangerous.
The Children’s Museum of Indianapolis is actually ranked the best children’s museum in the world, several times over. It is an amazing place to visit for anyone of any age. I still highly recommend you visit.

If you’re reading this post with fond memories, I hate to be the bearer of bad news. No pioneer exhibit, substantially smaller Egyptian section, no faux caves to walk through, the international section is now only one country at a time, currently China.

If you’ve been going there all your life… you earn the right to be critical about losing your favorite bits.

For instance, the trains.
I don’t know what floor it is, but it’s the floor my parents always took me to last, and therefore the floor I took all the kids to last. The toy level. It was full of trains, dollhouses, and had a carousel. Now, not so much. The carousel is still there, but the trains are few in comparison to what we grew up with. What’s left of the dollhouses has been  relocated to a corner in another area.

Real conversation:
“There aren’t as many trains, are there?”
“No.”
“Where are all the trains?”
“Oh no, do you think they got rid of the trains you can walk through?”
“I dunno, Baby Girl, I hope not.”

Only one car to walk through now. The tool car. 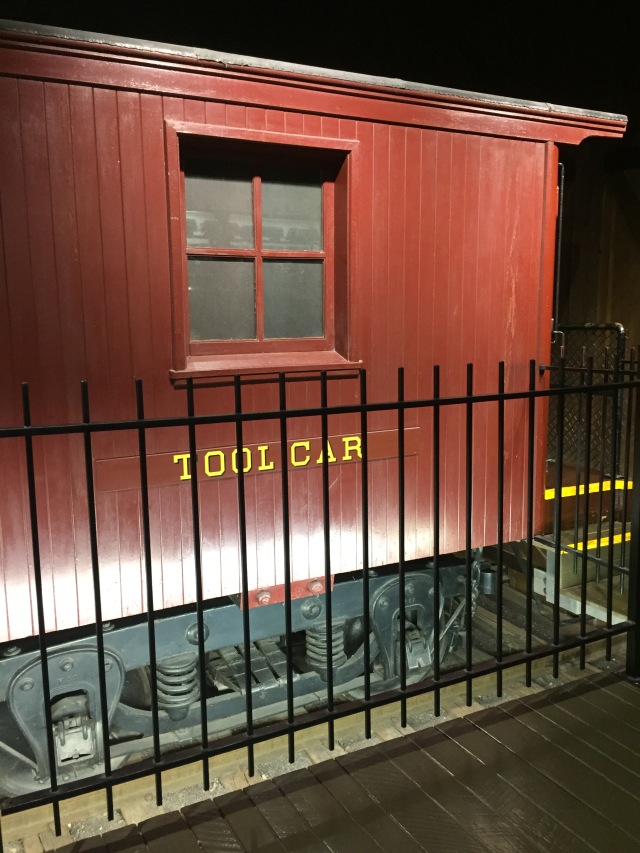 Great exhibit, but it had been so much more. Literally MORE.

When we were kids, when our older two were kids, it took a good, long time to follow the trains (plural) through the towns. They did all kinds of things, like switch tracks, change levels, stop and whistle, pass one another —  it really was somethin. Now, it takes less than a minute to watch the train make the course, and it’s on an audio loop.

I’ve considered the attention span of children and the increase in technology over kinetic play and I am not a fan. People of all ages should be going to the children’s museum to PLAY and IMAGINE and CREATE, to be AWED, to INTERACT, and this was so… observational in comparison to previous visits. What a way to break some traditionalist hearts.

But I did get some doors. 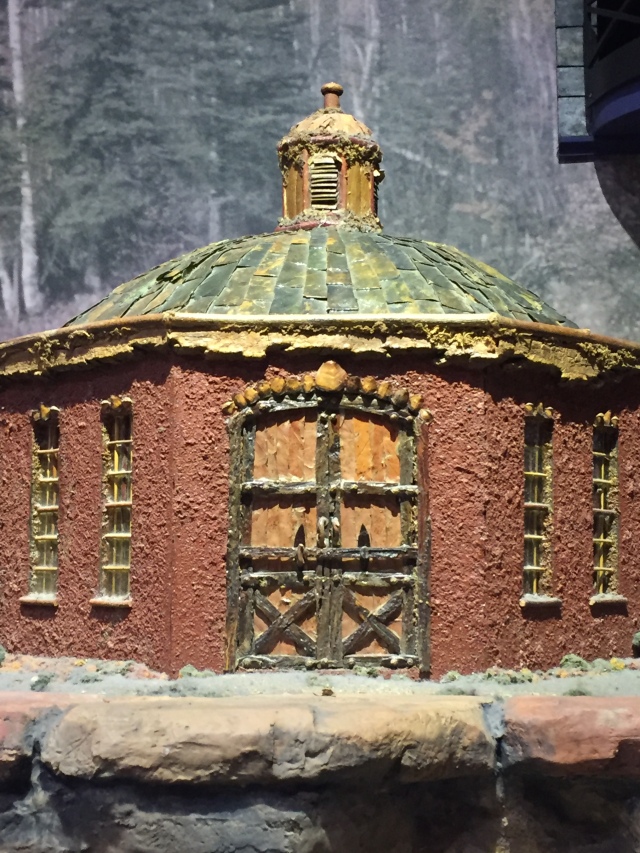 #ThursdayDoors is part of an inspired post series run by Norm Frampton. To see other doors of interest, or to share your own, click the link and find the frog.