I Never Know What’s Goin On

Sure sign that you’re of a certain age?  When you’re watching the Academy Awards and you have no idea who the host is.  For awhile, I thought it was Peter Brady with an amazing amount of cosmetic surgery. Fortunately, social media made it clear to me that the host’s name was Seth McFarlane, so I Googled him, and found out I still dunno who he is.  He is associated with programs I don’t watch, because the rock I live under is that big. 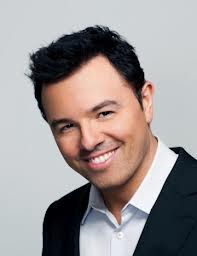 I experienced these moments all night.  My children were in bed, and I was left to rely upon the kindness of Google to cure my oblivion regarding celebrities.  No earthly idea who most of them were.  I can tell you if they were well-dressed or well-spoken, but what they did to get a ticket to the Oscars? Not so muches.  Regardless, I still understood the humor in the Tweets, and had a good laugh over how the Twilight girl never uses a hairbrush, as well as how Heidi Klum of Project Runway would not approve of Heidi Klum’s outfit. I so enjoyed every comment about how the men’s tuxedos were ill-fitting. My own personal commentary includes the phrases bird-legged parade, triangle men, and male Polly Pockets.
But hey! They’re all famous and many of them are notably talented, so maybe I’m just too out of the loop to appreciate skinny tux pants.

I find this happens to me more and more.  I can’t buy music without asking my kids who the artist is.  I see magazine covers in the check-out line, but I don’t know who’s dating who or who’s pregnant with whose baby.  Sometimes I don’t even know who the person on the cover is.  After so many years in the check-out line, I’ve come to realize most of the covers are made up of young women who begin as America’s Sweethearts, end up devastated by scandalous tabloid fodder before they hit twenty-five, only to return again at thirty with a renewed sense of self and wisdom far beyond their years.  I’ve lived long enough to know that course applies to every great woman I’ve ever known…

I suppose my mind is filled with more important issues, or at least what I would like to think are more important issues, but at times I also fear I am losing touch with the world, facing the decline of my youth.   I just really don’t know, and to a great extent, don’t care about what’s goin on in CelebrityLand.

5 Responses to I Never Know What’s Goin On