I’d love to say adulthood is filled with people doing the things they’re supposed to, because that IS rather the gist of adulting, but chances are you’ve recently had to step up and do some shit cause someone else wasn’t. Some stuff is just our stuff, our lot in life, our job, our role, whatever. 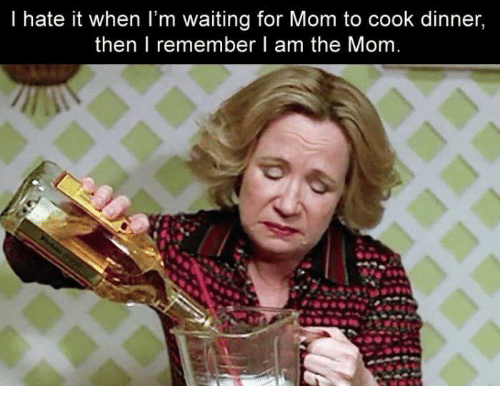 Whereas I could live rather well on cheese and olives, yogurt and fruit, or any number of dairy and plant combinations for that matter, some people seem to think a balanced meal is to be served each and every day, night after night, with the chopping and the seasoning and the pots and the pans and this is to go on until I die, because as I lay dying, someone will sit at my bedside, take my hand, and say, “Mama, I’m hungry.”

Today I must acquire the food, and for that, I must have a plan, because I ain’t all about gettin my steps in walkin hither and yon in the grocery store. I’m not in the mood to imagine what those people would like to eat for the next week. I am simply NEVER in the mood for that.

Last night I told them, “If you’d like to eat this week, you need to offer suggestions,” and not a peep was heard.

I asked again this morning:

Moo is ordinarily full of ideas and she left me high and dry mumbling about biology tests.

When pressed, Sassy suggested spaghetti, because she always suggests spaghetti. Every week of her life, since she could say “Sketti.” Sometimes I don’t know why I even ask her.

The Mister suggested tacos and then later, burgers, and said he is willing to grill. He said, “With baked beans!”
I said, “For us.”
He asked, “They don’t like baked beans?”
“Nope.”
“What the fuck is wrong with those kids?”
“I dunno.” 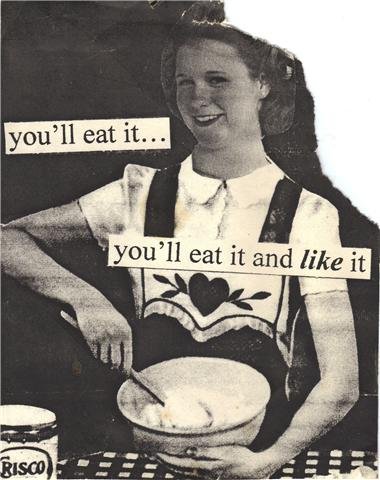 drew made this for me

My kids think ramen is a treat. They live for nights when I make gross fish or disgusting risotto, so they can eat ramen. I cook how I do and my kids willfully announce to the public that their favorite food is ramen. #momlife

Still, I got three ideas and now my burdens are light enough to do the tradin properly — I shall roll down my windows and sing the songs into the sunshine.

What burden can you put off on someone else today?

66 Responses to You Do It