Every time I drive downtown, I see these twin domed steeples. The last few times, I thought ooh i bet that church has great doors! Of course, I had no idea where it was, street-wise.

An adventure! I had eager companions in Bubba, Sassy, and Moo, because they were all twitterpated about Pokemon Go. Sadie went because “Bye-Byes!?!”

I took the exit past the church and made my way toward it. At some point, I caught sight of familiar railroad tracks and after a brief brain index search, I asked, “Are we in Brightwood?” No one had any idea what I was asking, so they shrugged out “I dunno.” Well, we were. I had to turn several times, because the street didn’t go through, and then there was the awkward BUMP over the tracks, more turning, a three-point turn, and finally, the church!

I decided we’d go downtown. I could have taken these people to Timbuktu, they wouldn’t have cared.
Pokemon! Pokemon everywhere!
“More walking? Awesome! My eggs will hatch!”
I can’t make this stuff up.

I was headed west on Michigan Street when I spotted this gorgeous set of doors, but one-way street, so I had to go around and come back, how you do when things are one-way.
I have no idea what this is now. It’s not a church anymore. But aren’t those doors spectacular?
And check out the walkway.
Niiice. 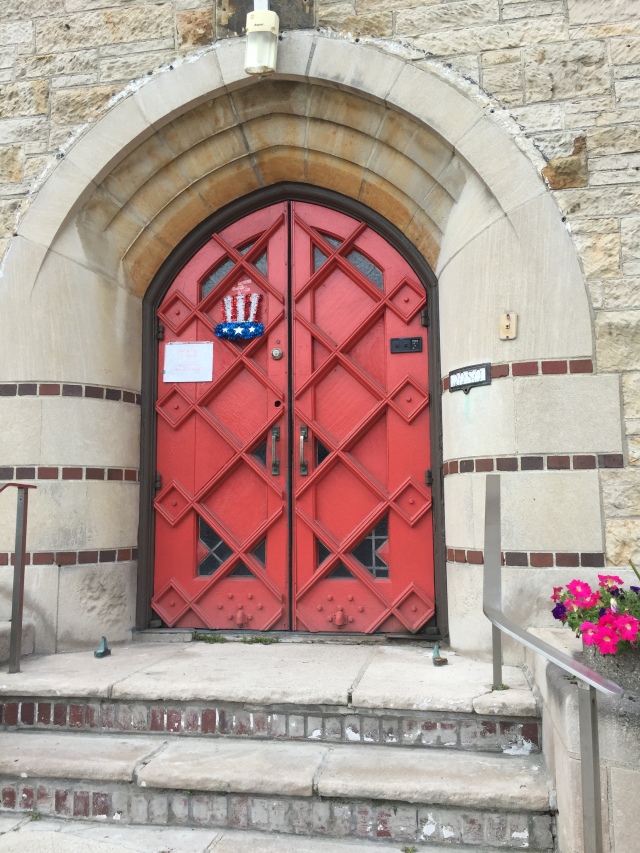 By then, Bubba was sick as a dog from all the turning and obsessing over the Pokemon in his phone.
He asked if he could drive.
drive me? downtown? psh, no. i don’t even like your father to drive me downtown! I didn’t say that. I said something that sounded like, “Uh, Nowa.”

We had a great doorcursion, my door arsenal is stocked.
I guess the people got a bunch of Pokemon and balls and eggs, I don’t know. I know we all had a good time and we walked about 4 miles.
“Walkies!?!” 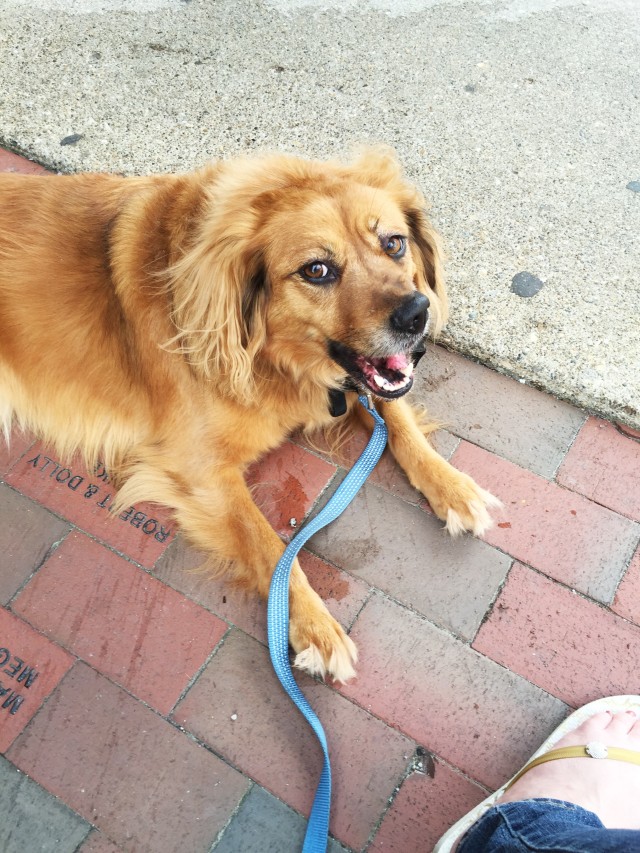 We went home in time for me to make dinner. The boy complained of his carsickness, told his father he’d wanted to drive. The Mister laughed.
“Dude, she doesn’t even like it when I drive her downtown.”