GPS Does Not Know The Way To Grandmother’s House

I like to make an annual pilgrimage to my grandparents’ house on the lake this time of year. It’s a thing I do, like a craving I can’t let lie. It comforts me. It does my heart good, even though my grandparents are long gone and the house belongs to strangers now.

This last Friday, I put the address into Google maps on my phone and off we went.

That was stupid. Do not do that. GPS does not know the way to grandmother’s house. I mean, it kinda does, because we got there, but how we got there, I don’t even know. I had a bad feeling when we were on 135 instead of 31 and later, when the GPS said we were 12 minutes from the house and I still hadn’t seen a single thing that looked familiar, I realized that I should have listened to that feeling and headed to 31. Then I realized we were at the lake, although where, I had no idea.

The windy-dindy part was THE WHOLE WAY. We did not know the roads. We all cried out in blasphemy as we made hairpin turns and almost died halfa dozen times.

When we finally reached the house, only then did I know, the drive is half my joy. I must see the corn, the old Edwardian house, the leaning tree, Ed’s Trading Post, the bait n’ tackle shop, Smokey the Bear, The Church of the Lakes. It’s all part of the experience.
GPS has no sense of propriety. 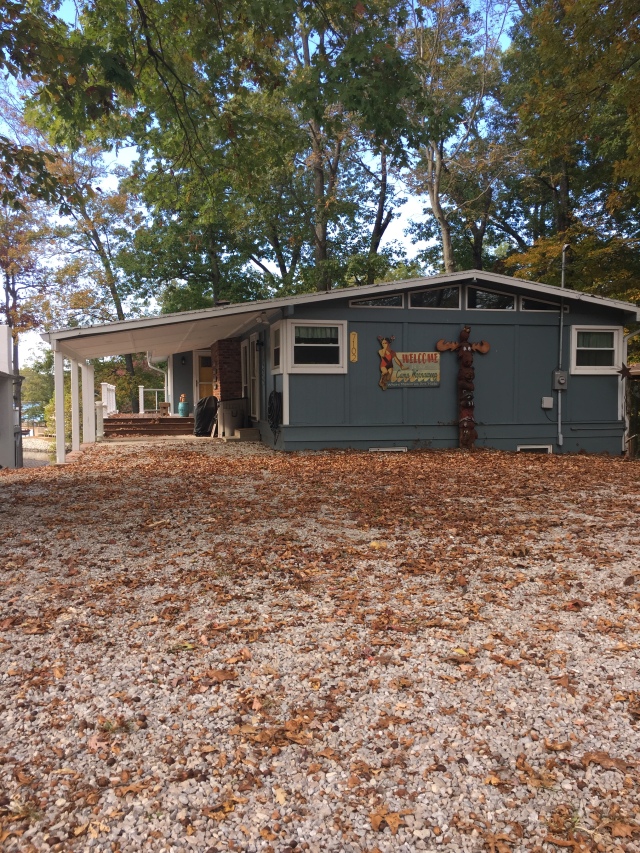 Doesn’t look like much to other people, I know, but I still want it. Only about five-years-and-three-hundred-fifty-thousand-dollars-to-go…

Oh! And it needs to be for sale.
A girl can dream.

We’re a bit shy of Brown County’s fall foliage peak. Still gorgeous. Sun filtering through the trees, the warm, golden color of it all. 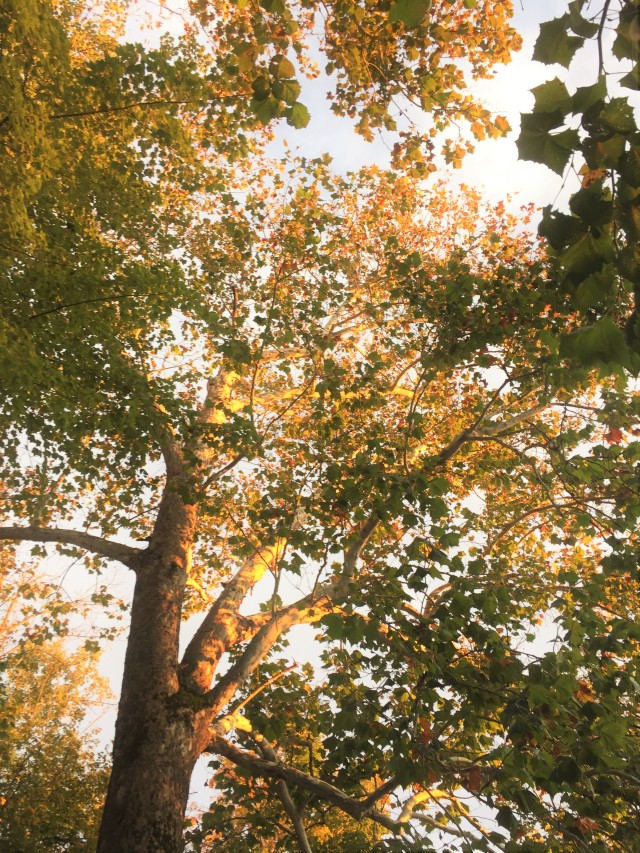 I LOVE the smell of leaf mold and burning leaves and there was plenty of that. 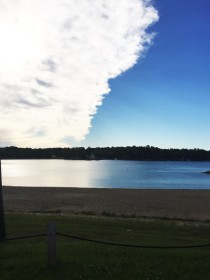 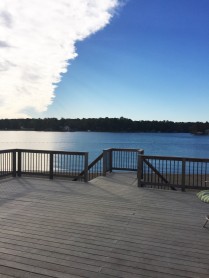 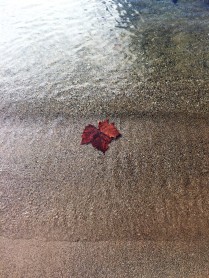 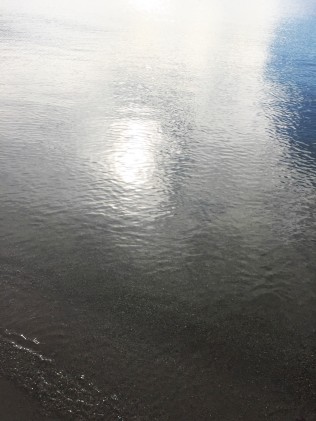 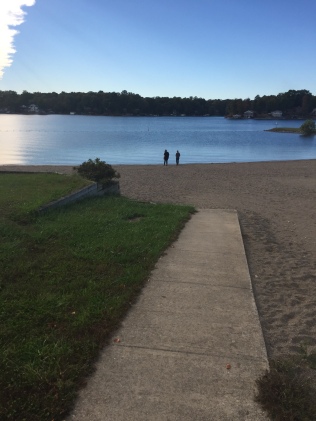 We went to Nashville, Indiana to walk around and gawk at things. 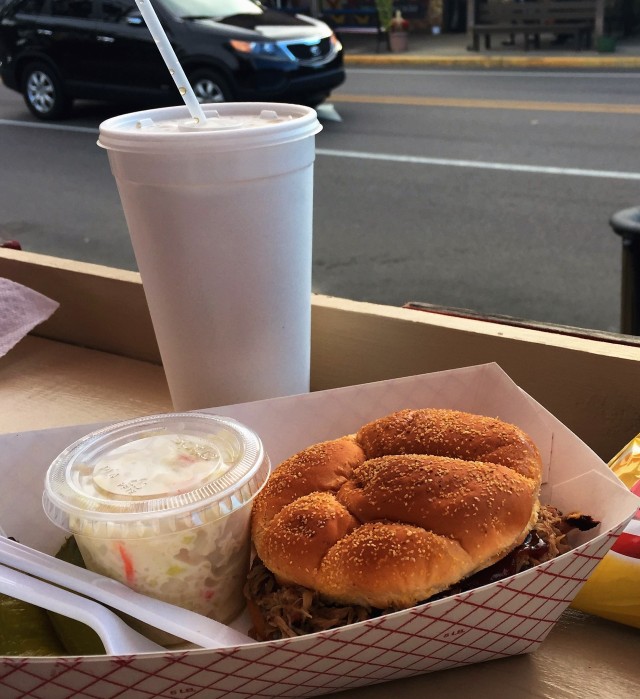 Open air dining a la barbecue. Lil slaw, lil chips, lil pickle. The experience was better than the pork. The pork was sorely lacking flavor. Do not recommend.

But there at the counter on the street, my husband wrapped his arms around me and proclaimed it was good to be out, which was akin to me enjoyin the sunshine on my face.
We were so happy, if a bit overexposed. 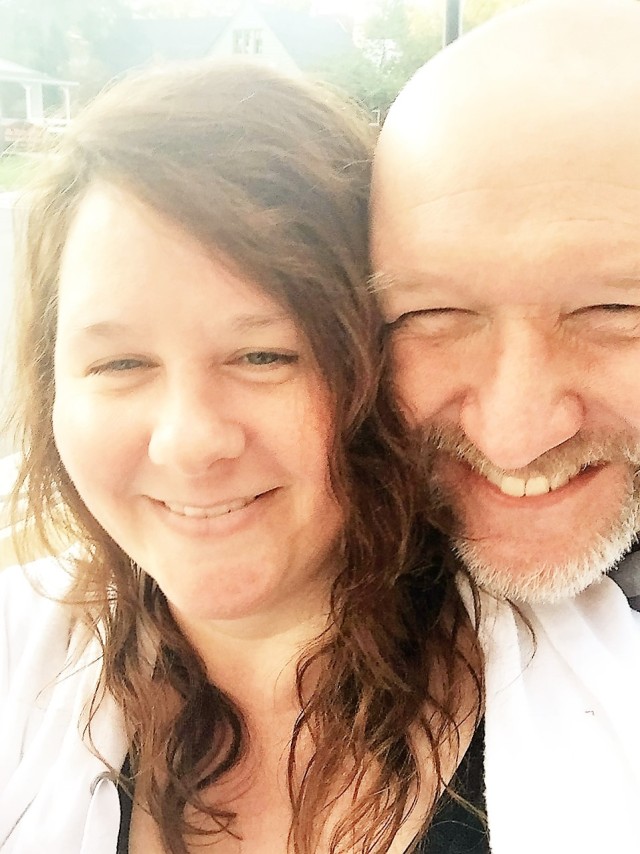 So we happily walked around and shopped the shops and saw all the people and Marian, we even saw one of them there Bicentennial bison (Bison-tennial? Oh never mind.) 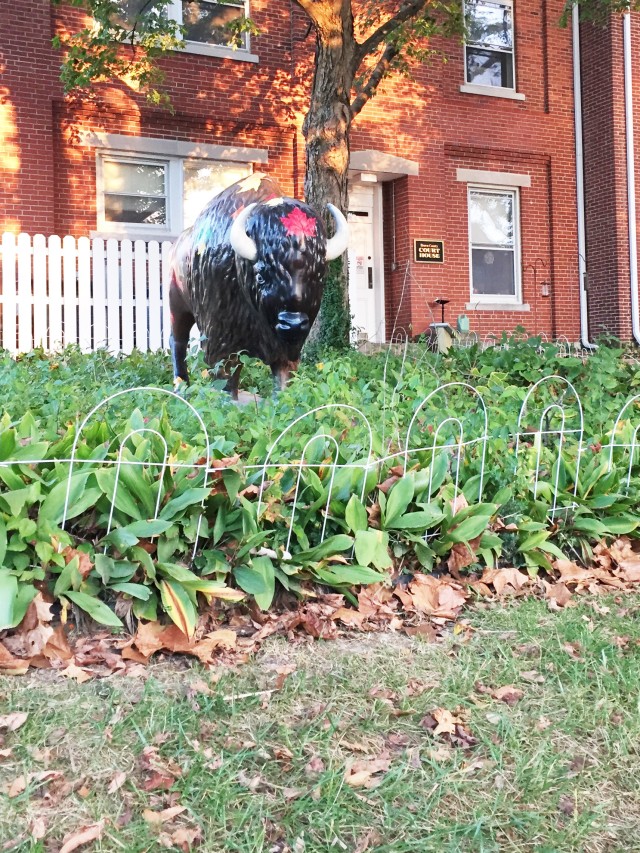 …and communed with the squirrels and we were happily happy. Until we found the candy shop. Then we knew we could be happier. 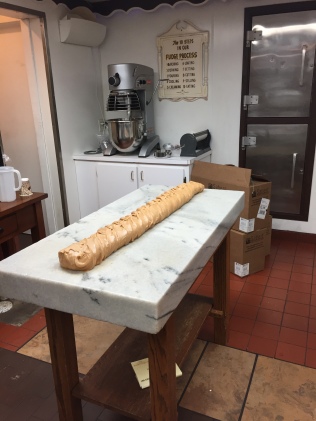 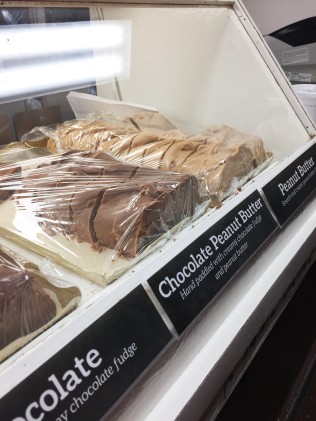 Fudge has a way of transcending GPS woes and enhancing the euphoria of being in love.

The sunset was glorious, the perfect ending to a beautiful day. 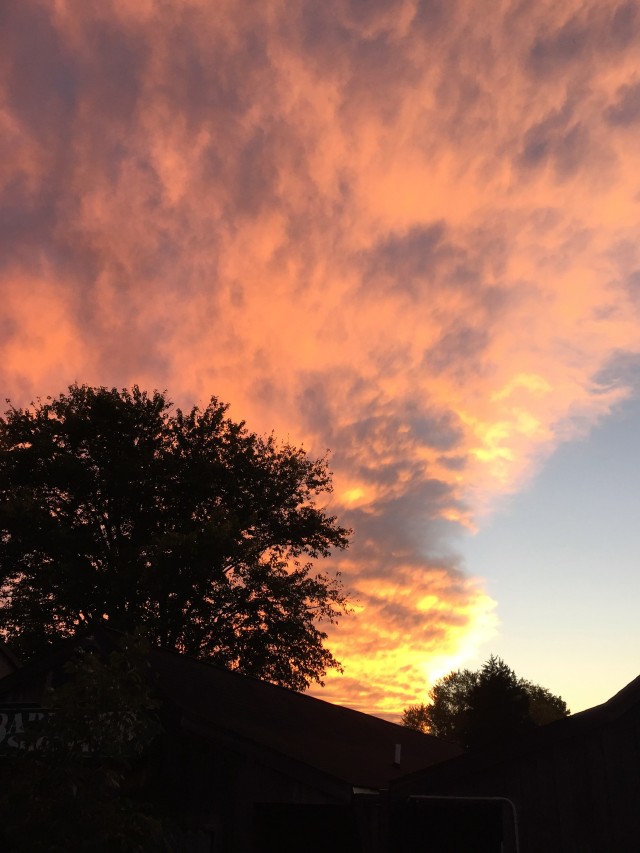 On the way home, we saw most of the things we were supposed to see on the way there. I feel like the leaning tree and I understand one another. I believe it missed me. One day, I’ll do all the driving and stop and take pictures of all the things. The Mister hates that, but if I tell him it’s for you, maybe he’ll endure it. Such precious things should be documented for posterity.