One of the perks of having children is that everything old is new again. Like when it’s 2012 and they tell you they want that new BonJovi song “Wanted Dead or Alive.”

At some point this summer, the boy one came over, announcing he was going to make a great new cocktail he’d just heard about, which he said sounded delicious. I was excited and so I asked, “Mmm, what is it?”
“White Russian.”
“Oh. Yes. Very tasty.”

I did not say, Boy I was drinkin White Russians before you were born…I still remember the time Big Michael got up and told me, “If the waitress comes back while I’m gone, tell her I’ll lick her muffin.” Only, he actually said, “I’d like a White Russian,” and bars can be very loud, so it’s a good thing I asked him to repeat that.

At some point, Bubba came in prattling about math, ratios of vodka to Kahlua, and it was math, so I didn’t know what the fuck he was talking about, but he can out-math me with a quarter of his brain, so it didn’t matter, right?

Bubba is an inexperienced drinker, because young.

Bubba gets chatty when he’s been drinkin. This is nice for socially awkward introverts. The alcohol restricts their editorial glitches and they get numb to things they’d usually freak out about.
Gotta be careful though. That same alcohol that allows for lil walls of safe space is the same alcohol that will push emotions through that wall like The Kool-Aid Man, which is exactly what happened.

One minute he was laughin about somethin and the next he was in a rage of trembling tears.

We are unaccustomed to this. Crying Bubba has seldom been seen in the last decade or so. Raging Bubba is rarely spotted. Drunk raging Bubba was unknown to us at all. It was a sorta tender moment, the way it is when your drunk girlfriend starts crying because, “The bartender’s never even had a dog, Joey! Is that not the saddest thing you’ve ever heard in your whole entire life?!”

While Bubba went to the bathroom I passed through the kitchen, which is when I realized how much vodka he had consumed in a relatively short time, and then I really wished I had paid attention to the math he’d been talkin before. 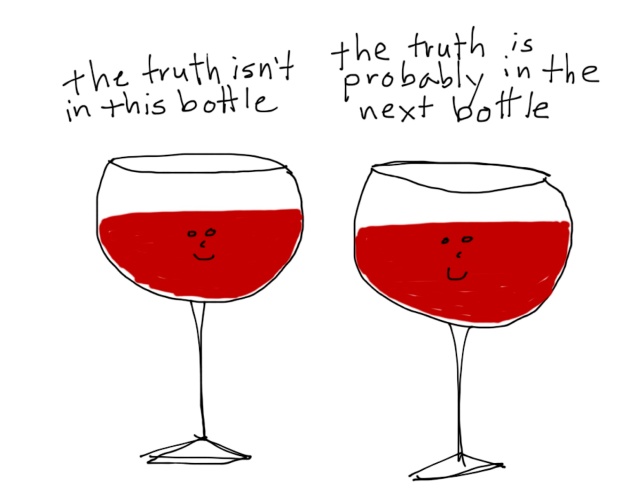 In vino veritas, or in this case, vodka is a truth bomb.

Bubba kept not coming out of the bathroom, so before bed, we went in there to check on him. Fetal position on the tile, moaning how one does. *sigh* I put a towel under his head and a cup of water within reach.

Here’s the thing about parenting boy ones: You can’t fuss over them too much when they get big. You have to let them be men. I’ve noticed that this involves a lot of balancing between me pretending to be dumb and me being emotionally available.
I couldn’t sleep.
I could only think about Bubba all sad in the bathroom.
I asked The Mister, “He’s alright, right? He’ll be okay, yeah?”
He laughed, “He’ll be fine. You want me to go check on him?”
“OH YES PLEASE! THANK YOU!”
My God, I thought he’d never ask!

The following afternoon, Bubba sat up, moaned, and asked me ever so quietly, “Do you have anything I can take for this?”

A while later, “My body is rejecting the water.”
“Try again.”

It turns out, he’d never had vodka before. 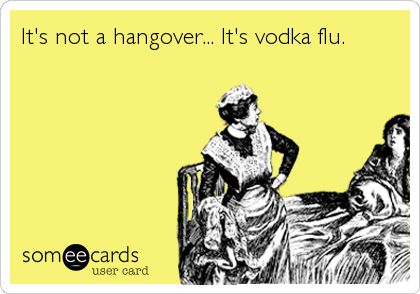 Eventually, he told me he thought maybe a nice, relaxing bath would help. I agreed.

And then…
Well, what do you listen to when you take a nice, relaxing bath? Maybe something classical, some blues, a little Enya?
Uh huh.

This is what Bubba listened to during his relaxing bath:

That bout drove me to drink. 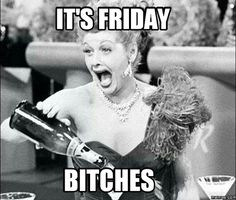 Happy Friday Everyone! Do your drink maths properly!

34 Responses to Vodka Mixed with LOLZ