When they got here I’d had the YouTube on. You can tell I’m not a Millennial, cause I say shit like THE YouTube.
As I was sayin, I’d had my music on. I was partially singin to my plants and I was partially seekin restoration from the diabolical remake Bubba had subjected me to. “Wish You Were Here” by Avenged Sevenfold.

It’s about ten times more awful to me that Bubba doesn’t even KNOW “Wish You Were Here” is a Pink Floyd cover. It’s not my fault. He’s had his headphones in since 2005, I swear. I tell him, “Okay, music can be your ONE form of rebellion,” and he smirks at me like his father. Actually, like a mirror of his father.

Anyway, I must maintain control of the clickie when he’s around, because I cannot do the scream thrash metal stuff and I can’t always count on him to take pity on me and play our shared music and it’s my fuckin house, y’all. Sometimes he’ll throw me a bone, and put on some Deadmau5, but the Venn diagram of music we both like is slim af.

He’s a hipster in denial, as so many are, bless his heart, but he’s the worst kind, because he’s always like, “Oh listen to this!” “Watch this!” and “You have got to eat this!” or “Have you had the latest obscure IPA?” while I’m over here all, “I still wear a sweatshirt I bought the year you were born, I reread Beverly Cleary’s Socks for comfort, and I watch the entire Frasier series at least twice a year, I know what I like.”

This is how we do. We do a lil less try new things as the years go on, and before you know it, we’ve got entire subsections of people with retro hair, listenin to the golden oldies, wearin the same style of shoes they’ve worn since their mothers bought them. These are not bad things all around. It’s life.

The other side of it is that comfortable shoes are nice and the more stuff hurts, the more we want the comfort of things that don’t hurt.

It’s not only noise — even food can cause me pain now!
I find myself sayin things like, “No thank you, Darlin, but you go ahead and eat all the chili you want.” (And put extra onions and chiles in it and wash it all down with whiskey, while you’re at it, because if I were still 24, I fuckin would.)

I went to standing room only concerts for music that can quite easily hurt my ears these days. We all get to be 20-something.

Now I generally want my canvas shoes, an early, mostly bland dinner, and the original versions of music, okay?

Which brings me to this, the point of my post.
In the midst of music appreciation a la YouTube, we went into Michael Jackson, and then the young people said things like, “I gotta get some vinyls. I got this one in a re-released edition, but I need to get a vinyl player.”
“They’re selling them at a decent price over at FYE.”
“Yeah? I asked for one for Christmas. Fingers crossed.”
“Yeah. I want some vinyls, too.”
“Records. They’re called records. LPs, 45s. You play them on a record player. A turntable.”
“They’re called vinyls now.”
“I don’t care what you people call them. They already have a name. They had a name before you had a name and they’re records. We don’t call cds whatever the fuck plastic they’re made out of.”

So yeah, next time we’re in the car and I want a cd, I’ll ask them to hand me one of those acrylic-covered aluminum-coated polycarbonate tune plates. 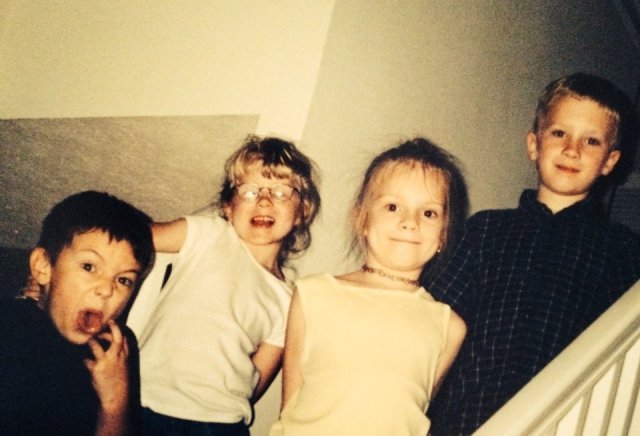 53 Responses to Hand me that …